​ Raul Sanchez Comedy
I just discovered the comedy of Raul Sanchez.  An up-and-coming comedian from San Antonio, who is currently living in Brooklyn. This set is from a 2018 show in Austin Texas at Cap City Comedy Club.
I dont know what in the algorithm put this video in my YouTube feed but when I saw the Texas Rangers hat it got  my attention and then my click. This is for 2 reasons; 1) I'm a huge Texas Rangers fan and have been my entire life and 2) Seeing a comedian in a baseball hat just landed in a strange space for me but that it was a Ranger hat made it like seeing a rare bird in a strange place...  Just try to pull a comedian to mind that you can remember performing stand up in a baseball cap... I'll wait... What, these two? These are costumes...

Larry the Cable Guy and Cat Williams wear baseball caps.
Sanchez is wearing a genuine garment and I think it spoke to my sensibilities and told me I was in the good company.  Here is goes in about drinking, kicking cats, Broken hearts, and  bar fights.

​Recorded in 2018 I found myself in New York, broke, broken hearted and constantly drunk. I had been living in Brooklyn for a year and, with the exception of Dangerfield's, I was not getting stage time at any of the comedy clubs in town. Mercifully, I got a call from Margie at Cap City to headline the club again. I flew to Texas… hungover, sad and insecure. UPREPARED is what I felt before going on stage. I took the jokes that I somehow put together at the open mics in NY. Then rewrote previously discarded jokes from old notebooks. This is what came out.

What I enjoyed about Sanchez's comedy was not only how honest he is but how open his material was.  Its genuinely funny and I'm looking forward to his success and future stuff. Check out his YouTube channel where he has lots and lots of content.

Something about North Carolina

North Carolina consistently produces some of Hip Hop's most interesting and unique artist. Jrusalam is the latest in a lengthy list of NC artist including but not limited to; J.Cole 9th Wonder, Rapsody, Da Baby, Phonte, Big Pooh, Justus Leage, YBN Conrdae and others, who have a certain uniqueness that you really cant put into words. So I wont try, I'll just introduce Jrusalam.  If you like the music support his art here: ​https://jrusalam.com/store/arcoeli
A beautiful video and subtle display of Jrusalam's word smith skills. ​

Stroke my chin so Zen when I'm saying these thangs,
I'd rather say Nathen and take my mind off it
People gonna change like topic of conversation
Drop a damn deuce on'em, As-salamu alaykum
Life is a shiesty old, ice cold cougar
Roll with the punches and spike the whole cooler
Man say...
then he really goes in.

The Nawf has a new face, Dibbi blood's drip makes a big splash

Dibbi is one of the hottest new artist out of the city and he is rebranding North Dallas in his own image. He is one of 5 super talented youngsters from the my own neighborhood. I'm super excited for what he will bring; tap in with me on DubDeuceDs.com where I will be following his career. DubDeuceDs.com is my newest platform where I cover Dallas Street Culture. 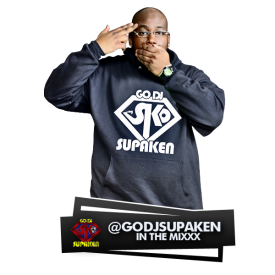 Dj Supaken | Audio Mack profile
Today I discovered DJ Supaken and his "THIS IS Dallas TX " series, which dropped in the summer of  2018, and it is a nicely curated collection of classic Dallas anthems. After stumbling onto him, I quickly scanned through his music I knew I had scored, because he has tons of features from some of our most talented and  respected artist.  I'm excited to dig in to his catalog and see where he is at with it.
I'm continually shocked and amazed at the magnitude of the Dallas Hip Hop scene.
Although it is not the most comprehensive track listing, (of course I have no idea what he  was going for... but  I'll reach out to him and get a quote on that)but the cuts are deep and he included some obscure selects on there too.  Very DSR heavy;  a lot of BANGERS on here. Just check out the play list below It is definitely a fun journey though the halls of DFW Hip Hop history.
Check Dj Supaken out here and drop me some links of your favorite Triple D compilations. 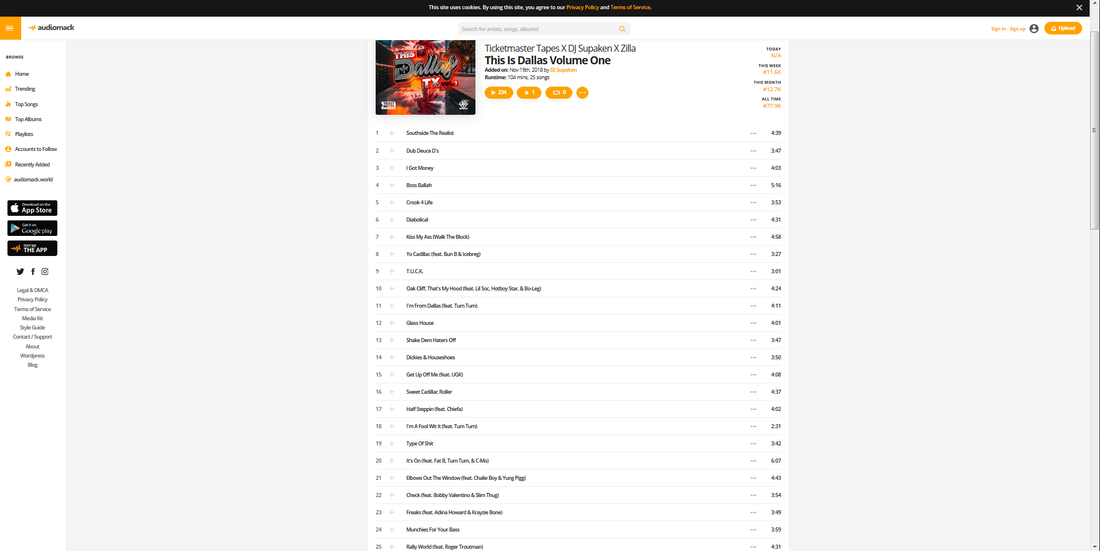 For me #Baconomics are like the most illest thing in Hip Hop since Beastie Boys stop making music. Check out this joint featuring #Baconomics front man Wesley Warhol who was enlisted by  Nicolo Cron , a Cheyenne & Arapaho Native Emcee from Oklahoma City, Oklahom. Realy cool video and Wesley in true form.

I'm really only listening to Triple D music right now... but when Chris Rivers spits, I sit down some where and listen.
Powered by